Evil InJustice in Maricopa County Presumes GUILTY With No Chance of Justice! 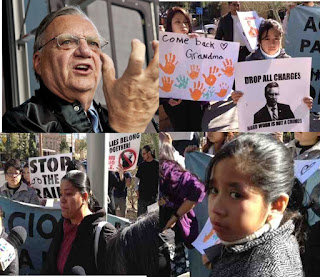 There is so much Injustice in Maricopa County! Arpaio and his evil cohorts inflict Evil Pain and Suffering on Hard Working Latinos!
ONE EXAMPLE: In early February, 2013, Arpaio and his goons raided Sportex Apparel in Tempe, AZ. The goons arrested 23 workers. The workers, using “made-up” Social security numbers were wrongly charged with “Identity Theft” and jailed in Arpaio’s vermin infested jail.


Yesterday, after 3 weeks in Arpaio’s vermin infested jails, the unfairly jailed workers were finally brought to court. The 23 jailed workers were seated in a “fishbowl for humans.” The Latino Workers were Mothers, Fathers, Sons, Daughters, Grandmothers and Grandfathers, all de-humanized in Tent City by Arpaio and his Goons. Now, in court, they all listened quietly to the charges read against them.  The multiple charges were read against them, in rapid succession. In an obnoxious twist of American jurisprudence, these men and women are PRESUMED GUILTY due to a cruel and ingenious policy created by now disgraced and disbarred former Maricopa County Attorney Andrew Thomas, and carried on by his successor, current County Attorney Bill Montgomery.
In this Maricopa Court, Justice is NOT Served as in an American Court. Instead, these Latinos are treated as GUILTY, attempting to Prove their innocence.  Even the charges are NOT Fair! In looking for work, they may have made up numbers, they did NOT steal Identities, yet they were charged this way.


In real life, the most frequent culprits of Identity Theft are Family Members or Theft Rings that Steal Your Bank Account or Credit Cards to deplete your funds. They are not these Innocent Workers who Make Up numbers so they can work for less than Minimum Wage. The most harm they could do if they perchance happen upon your number is give you more income and deductions, they DON’T Steal Your Identity.
Worse yet, in Maricopa County, these Latino Workers  are presumed GUILTY and because they are presumed to be in the United States illegally and because they are presumed to have used fictitious Social Security Numbers, or the SSN's of the dead or the living in order to work long hours at low pay, they are over-charged by Montgomery's prosecutors, hit with counts that will make them non-bondable in Maricopa County, on par with murderers, rapists and child molesters.
The hard working Latino men and women apprehended by Arpaio and his goons for working sans authorization at Sportex CANNOT  be granted bond under the dictates of Arizona's Prop 100, and Montgomery's sadistic, anti-immigrant policies.


These Latino Women show the most effect of Arpaio’s EVIL Jails! These Latino Moms and Grandmas appear to be out of tears from their nights of crying, beaten down, away from their children and grandchildren. In Arpaio’s vermin and rat infested tent cities, rife with sexual attacks, these innocent moms and grandmas’ tears are dried on their cheeks with hearts broken by being ripped away from their families.
The workers, RIPPED AWAY from their Families, now must face the possibility of Deportation – ripped away from their children – or long stays in Arpai0’s rat infested tent city. These workers face worse punishment than the worst criminal offenders, including murderers and rapists.


Maricopa County and Arpaio continue to PROVE the WORST of the Republican Agenda. Times are Changing. We are Evolving to a Multi Cultural Society. We The People believe in fairness and WE THE PEOPLE will NOT ALLOW Arpaio to Continue his Reign of Terror!
Arpaio MUST BE Recalled Now!!
Posted by Dee at 7:28 PM

Your 4 paste and copy article from extreme right wing websites are ridiculous.

As stated, the most frequent culprits of Identity Theft are Family Members or Theft Rings that Steal Your Bank Account or Credit Cards to deplete your funds. They are not these Innocent Workers who Make Up numbers so they can work for less than Minimum Wage.

Immigration is really tricky. Law is very complicated to understand and you'd better to get the help of a California Immigration Attorney to make sure all is done properly. Your future relies on the accuracy of your paperwork. Get the help you need. 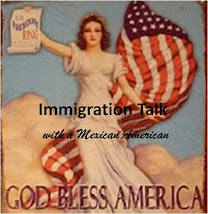 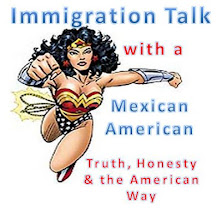 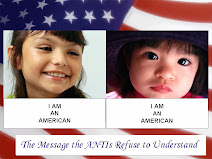